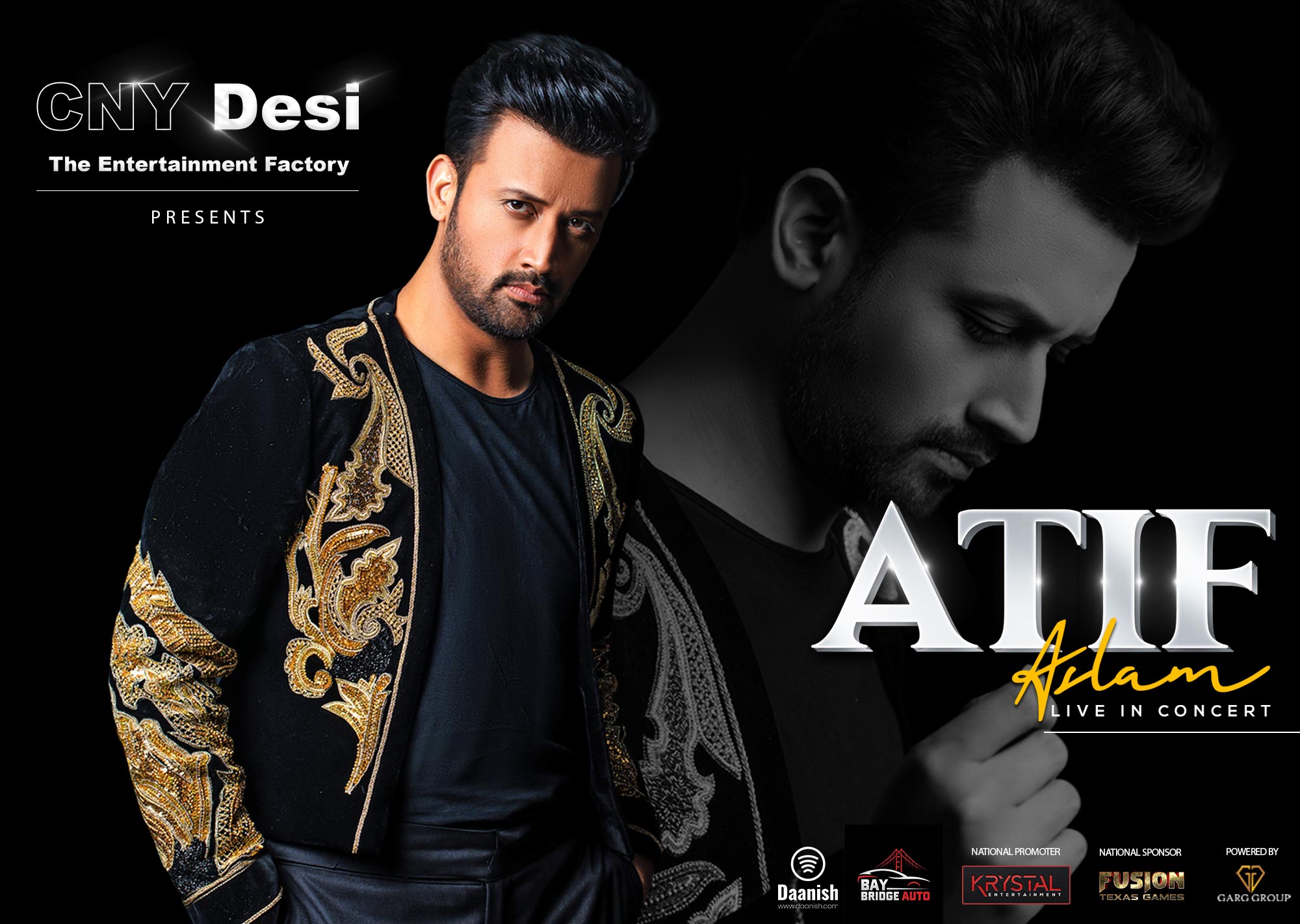 Live in Austin by CNYDesi

Live in Austin by CNYDesi

CNYDesi is proud to present one of the most talented singers to come out of South Asia. Atif Aslam returns to Austin accompanied by a Symphonic Orchestra to mesmerize audiences with his exceptional charisma, charm, and soulful performance. His live performance at the H-E-B Center at Cedar Park on Sunday, June 5, 2022 at 7PM will feature some of his top hits and anthems.

Atif Aslam is a South Asian singer, songwriter, composer, and actor. He predominantly sings in Urdu/Hindi, but has also sung in Punjabi, Bengali, Persian, Arabic and English. He has recorded numerous chart-topping songs and he is considered one of the best singers globally.

Releasing 3 major hit albums “Jalpari”, “Doorie” and “Meri Kahani”, featuring various smash hit tracks such as “Aadat”, “Bheegi Yaadein”, “Kuch is Tarah”, “Hangami Halaat”, “Meri Kahani”; Atif rose to stardom with his unique vocal capabilities and powerful renditions. People have been amazed to experience Atif’s artistic vocals live. His energy on stage, his charisma, his ability to work the crowd and his vocals made him the most sought after live performer. His shows have sold out on a regular basis, and the energy levels of his live performances boost with the crowd.

Soon after the release of his first album, Atif started his career as a playback singer in Bollywood and his voice became an instant hit with the audience. He has been nominated for the prestigious “Film Fare” awards two years in a row. Many of his songs have been chart busters – including “Pehli Nazar Mein”, “Tera Hone Laga Hoon”, “Tera Hua”, “Dil Diyan Gallan”, “Dekhte Dekhte.”

Atif Aslam has been a part of noticeable international projects as well. Three tracks from his debut album (Yakeen, Ehsaas & Aadat) were included in the soundtrack of an independent Hollywood venture titled “Man Push Cart”. The movie went on to win 8 international awards and 7 further nominations.

Atif later collaborated with the pioneers of hard rock “Guns N' Roses” and made waves with patriotic and inspiring tracks titled “Pakistan I have a dream” & “We Will Rise Again”.

The phrase “he came, he sang & he conquered” has often been used to describe Atif’s performances. But this success has not come without Atif’s consistent hard work, dedication, and his ability to create music with confidence! Combine all that with the humblest superstar ever and only one name comes to mind, Atif Aslam!