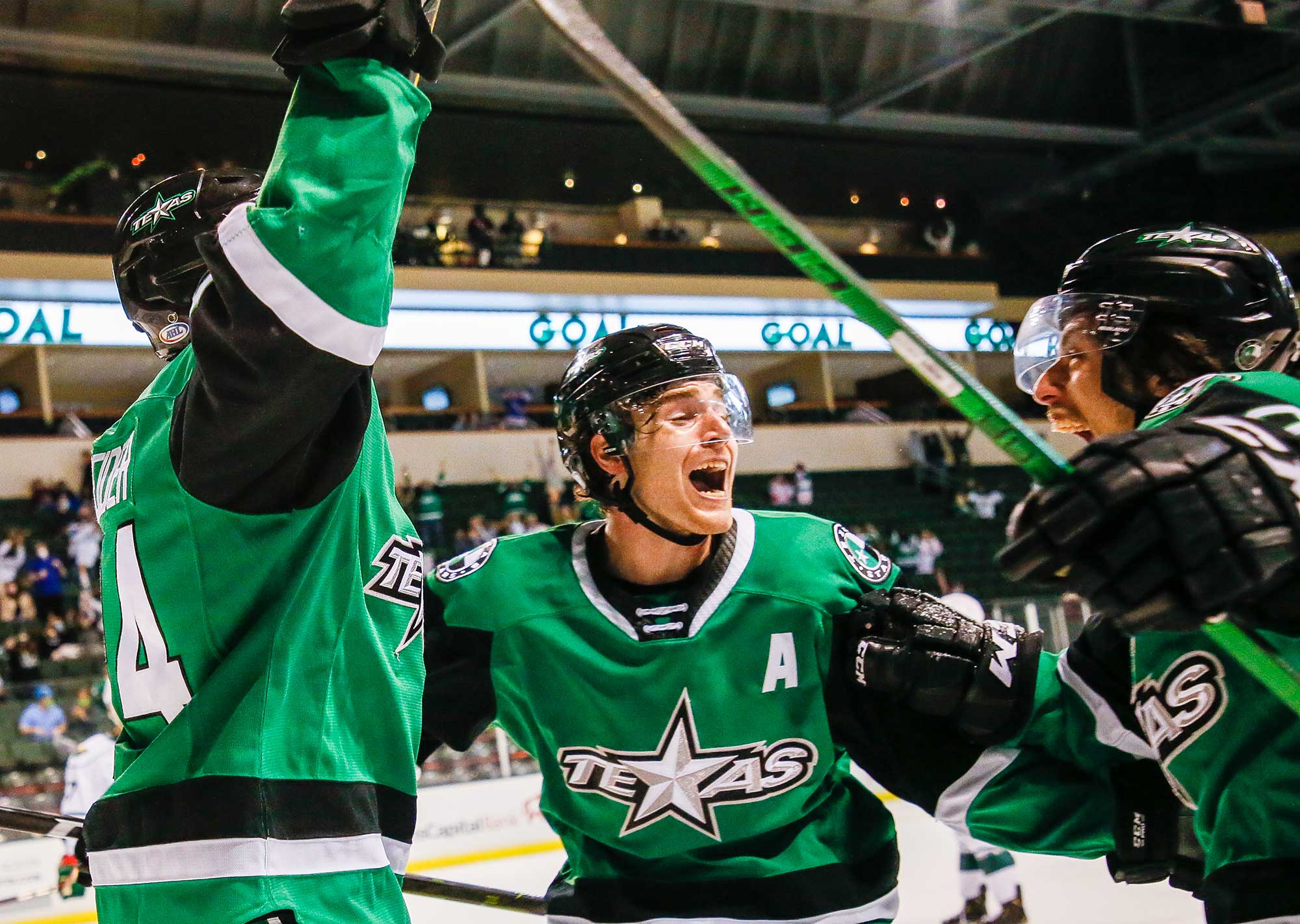 CEDAR PARK, Texas – In coordination with the American Hockey League, the Texas Stars, AHL affiliate of the NHL’s Dallas Stars, announced Friday the full schedule for the upcoming 2021-22 season. The organization’s 13th season begins at H-E-B Center at Cedar Park on Saturday, Oct. 16 and Sunday, Oct. 17 against the Iowa Wild.

Fans can access a printable version of the full schedule by clicking here or view the full list of games at TexasStars.com/games. Download the entire schedule onto your phone or computer calendar by using the available iCal compatible schedule here.

Full season, 24-game, and 12-game ticket packages are available for purchase now while single game tickets for all home games will go on sale at a later date. More information on tickets and packages can be found at TexasStars.com/tickets or by calling (512) GO-STARS (467-8277).

Through the AHL’s Pans for Schedule Unification, the Stars are scheduled to play a 72-game season including 36 home games. The Stars will face every Central Division opponent at least once this season and will also face Tucson, San Jose, Colorado, Charlotte, and Laval. They will play the highest volume of games against the Chicago Wolves, taking the ice with their divisional opponent 12 total times.

When Texas and the Laval Rocket meet on Dec. 1, 2021, it will be the first meeting between the franchises since Laval’s creation in 2017. It will also be the first time the Stars have faced a Montreal affiliate team since taking the ice with Hamilton on Apr. 11, 2015. The Charlotte Checkers return to Texas on New Year’s Eve, marking the first game between the clubs since Apr. 9, 2017. Texas holds a franchise record of 21-13-2-0 in 36 meetings with the Checkers.

The Stars home schedule contains 25 Friday and Saturday games, four Sunday matchups, and seven midweek contests. The team’s longest road trip spans 12 days and features seven games from Feb. 22 to Mar. 5. The team will face four different opponents on the trip beginning in Des Moines, IA and ending in Chicago, IL. For the third consecutive season the Stars will wrap up the year on the road, ending against the Wild on Apr. 23 at Wells Fargo Arena.

The Texas Stars are the primary development affiliate of the NHL’s Dallas Stars. For more information, call (512) GO-STARS (467-8277) or visit TexasStars.com.

Information on Full, 24-game, 12-game, and Club season ticket packages are available at TexasStars.com/tickets. Contact our ticket representatives to secure your package by email at tickets@texasstars.com or calling (512) GO-STARS (467-8277).

For a customized advertising package for your company contact the Texas Stars and H-E-B Center at Cedar Park, by email at mdelay@texasstars.com or by calling 512-600-5193.