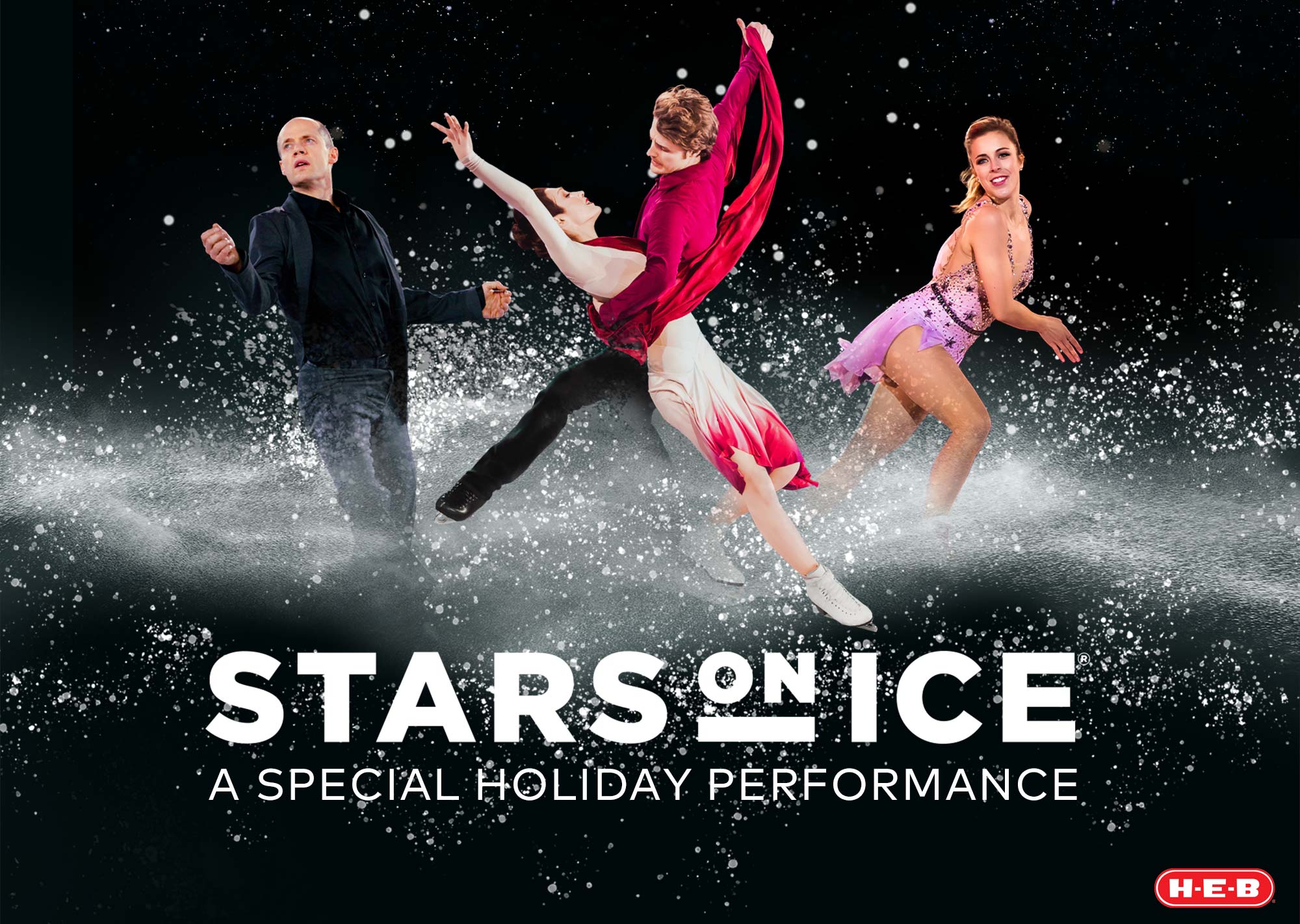 Cedar Park, Texas (October 12, 2021) – If you are dreaming of a white Christmas, then Stars on Ice is granting your holiday wish with a Davis & White Christmas! Olympic Gold, Silver and Bronze Medalists, two-time World Champions and six-time United States Dance Champions Meryl Davis & Charlie White will be joined by Canada’s legendary figure skater Kurt Browning to headline a special Holiday performance of the Emmy award-winning Stars on Ice. The 2021 Stars on Ice “Holiday” tour will arrive in the Austin area on December 15, 2021 for a 7:30 p.m. performance at H-E-B Center at Cedar Park, presented by H-E-B.

Tickets for Stars on Ice will go on sale Friday, October 15th at 10 a.m. Limited on-ice seating may be available. Tickets start at $39 and are available through www.ticketmaster.com and the H-E-B Center box office. Group of 10 or more save $10 on select ticket prices. Please visit www.starsonice.com for the latest show announcements.

Stars on Ice continues to be a pioneer in figure skating by offering fans throughout North America the rare opportunity to witness some of the world’s most accomplished and artistically gifted champions performing together in both individual and ensemble routines.

About Stars on Ice

Founded in 1986 by skating icon Scott Hamilton, the Stars on Ice tour has performed more than 1,500 shows over the last three decades. Past Tour performers include Olympic Gold Medalists Kristi Yamaguchi, Scott Hamilton, Tara Lipinski and Ekaterina Gordeeva. The Tour has won three Emmy Awards, one ACE Cable Award (Best Sports Special), and is recognized as the finest ice production in the world. Stars on Ice is produced by IMG, the global leader in sports, fashion and media.  For more information about the Tour, visit www.starsonice.com.  Keep in touch with Stars on Ice on Facebook: www.facebook.com/starsonice, Instagram: www.instagram.com/starsonice and on Twitter: @starsonice, www.twitter.com/starsonice.